A dream catcher is a willow hoop, and over this hoop a web is woven with sacred items such as feathers and beads. 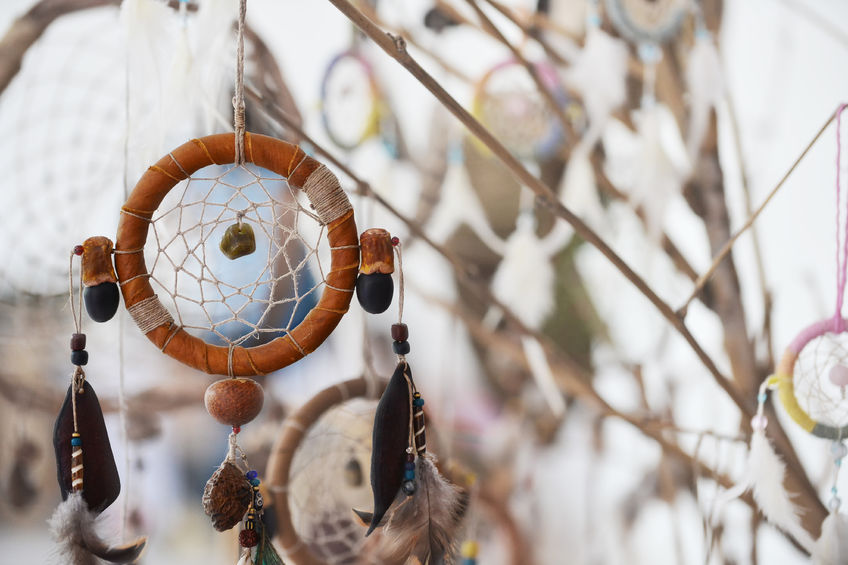 The dream catcher originates with the Ojibwe people, and specifically with the Spider Woman who took care of the children on their land.

As the tribe got bigger, and spread too far for them to reach all the children, they began to weave magical webs from willow hoops and spiders web to protect the children .

They were hung in the cradles, and were believed to catch and hold any harm, because spiders webs would catch anything that came into contact with them.

And I love them.

To me, they’re beautiful.

And I honestly believe that everybody has a dream.

Even if you don’t think you do, you do. It may be that you’ve got weighed down with the world, a job, and trying pay bills.

But think back to when you were a kid, what were your dreams then?

Did you achieve any of them?

It’s never too late to start achieving your dreams.

…I’m about to help you make that dream come true.

Everything inside the Business Ignition course is designed to:

This isn’t like any of the other crap you may have seen, I’ve personally used the strategy inside Business Ignition to build multiple online companies.

Each month, I personally write a magazine packed with new strategies and techniques to build on what you’re doing to rocket your business to six, seven and even eight figures.

And April’s edition is about to go to the printer, so you’d better grab it now before it goes.

Inside the April edition of the magazine, I’m showing you how to generate millions of pageviews to any offer you want each month, using PPV traffic, and then optimise it to make a profit.

This is probably the best traffic source to use after email, and I’m going to give you the secrets the super-affiliates use to make their fortunes.

* What is PPV?
* The big difference with PPV
* PPV for affiliate marketers
* Types of ads on a PPV network
* Creating your ads
* Direct or indirect linking
* PPV networks
* Tracking and optimizing
* PPV Tools
* BONUS: PPV Newsjacking

But the April edition goes to the printers this evening, so you’ve not got long left.

This is where you need to go right now…